The first issue of Zeitschrift was published way back in February 1985. In those days IBM PCs were thousands of dollars and were way beyond the Clubâs budget (or the Editorâs for that matter). So we produced the magazine on a typewriter, using waxy stencils and a gloopy black ink Gestetner machine. We had to print, collate, staple, envelope and address them by hand!

In 1986 we moved to large clunky Olivetti word processor, then in 1987 to an Apple IIc mini-computer owned by our editor Rod Young. The magazine could finally be laid out properly, with columns, margins and justification. And photos were finally possible! Until the mid-1990s we laid out the magazine on 125% templates and had them printed up at St Leonards, but this was cripplingly expensive. So the club bought new editor Steve Carter a PC with MS Publisher, and a photocopier, which he kept in his front room for years afterwards and used it to photocopy the issues each month. The results were smeary and crinkled up when the copier jammed â as it frequently did.

By the early 2000s Steveâs wife was sick of the stinky and noisy photocopier in her front room, but by then we were able to have the magazine professionally printed at Snap Printing. Steve created the magazine file with MS Publisher, with the packed result burnt to a CD each month for delivery to the printers. Then USB sticks came along, which saved having to burn a CD each month, but Steve still had to personally drop it in. 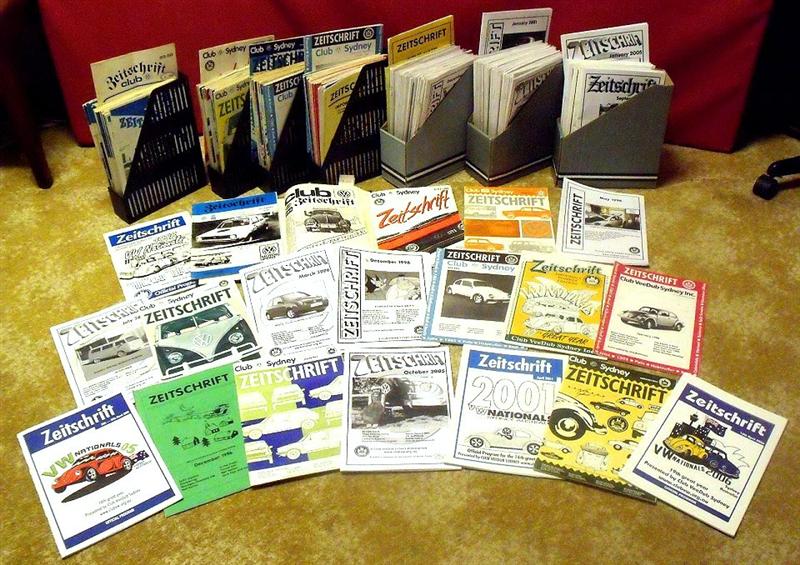 From late 2006 we have created Zeitschrift using Adobe Pagemaker, which creates a colour PDF that is simply uploaded to the printers' website, and the PDFs can now be archived for downloading and distribution to members. And it looks great in colour! All issues from late 2006 to the present are available for downloading from the Zeitschrift archive (the most recent are for members only).

But what of the earlier 1985-2006 issues that aren't on PDF? We have selected hundreds of the best articles published over the early years, scanned, re-edited them and posted them here for your reading pleasure. We have sorted them alphabetically by category. Where original illustrations or photos were included, weâve tried to include them, or weâve added new photos relevant to the topic.

Select the category (left) you are interested in. Article names in each category are listed at the top; just click on the one you are interested in to jump there. Or just start at the top and read down. Many thanks to all the contributors to Zeitschrift over the years! We hope you enjoy browsing our rich archive of Australian Volkswagen articles, 1985-2006.